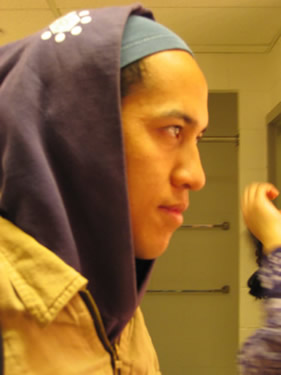 With roots in harm reduction work in the rave scene, Sobey has been immersed in the tribal underground since '96 with work with the Mindbodylove project. Inspired by the annual Earthdance and Gathering of the Tribes, he helped co-found the Tribal Harmonix Collective (www.tribalharmonix.org) and has facilitated many circles and workshops for its multi-day gatherings related to harm reduction, radical intimacy, sustainability,and sacred dance.

This years contribution to Palenque Norte was inspired by 2003's lecture series and in particular Rafael Aisner's reflections. He is pleased to partner with Rafael in co-facilitating "Psychonavigating Heaven and Hell" and sharing camp this year with MAPS and Ibogaine researchers from San Diego. Sobey currently works with Urban Shaman Entheobotanicals in Vancouver learning ways to clarify intentionality around Salvia Divinorum to teenagers with short attention spans...(www.urbanshaman.ca)

Along with Rafael Aisner, Sobey is the co-producer of the 2004 Palenque Norte lecture series at Burning Man.